This month we’re all about updating iconic looks from the past!

Twiggy is the true icon of the 1960s, known for her two beauty signatures – her pixie cut and extra-bold eyes. So, we recreated the look in our Beauty School using your fabulous April sneak peek and the help of our Glossy makeup artist Lucinka Hodnett.

Lucinka has over 8 years of experience in the beauty industry and has created a fabulous tutorial for her 60s look!

She then used the Brule eyeshadow all over the eyelid from Mac’s ‘Warm Palette’, followed by the Lemon Tart shade for some extra shimmer on the lids and in the inner the corner of the eye.

Lucinka then used the shade Dark Brew in the socket of her eye, smudging it slightly. This step really made her eyes pop! 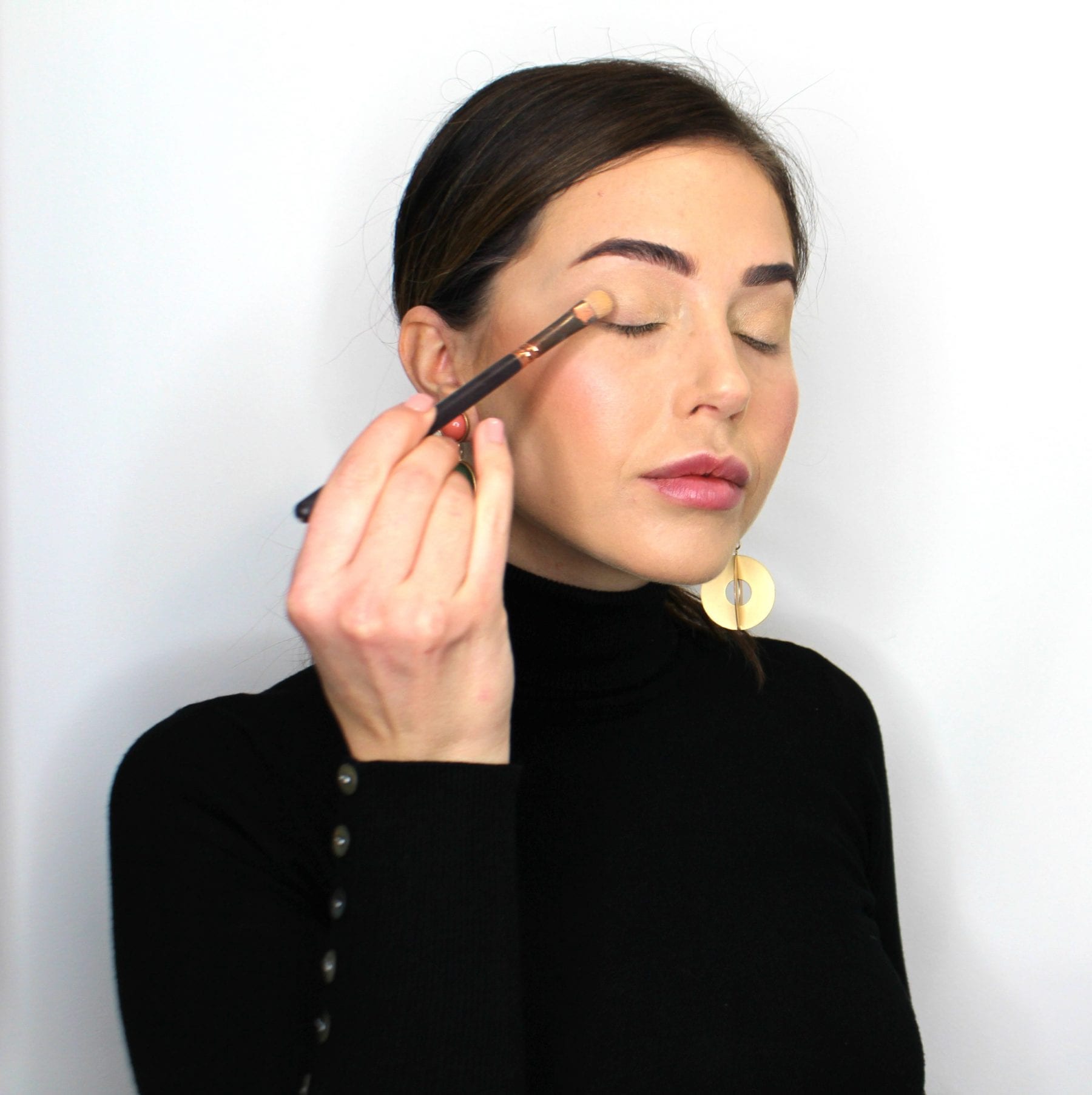 Now it’s time to unveil your April sneak peek. A must-have for any look, you’ll find the incredible Fat Liquid Eyeliner from Eyeko, £16, in your April box! This easy to handle chubby pen delivers big, bold lines with a long-lasting carbon-black colour.

Plus, this felt tip style pen makes it so easy if you’re not a pro at liquid eyeliner!

Lucinka lined her upper lashes with a thick bold line. She then did a small flick on the outer corners. 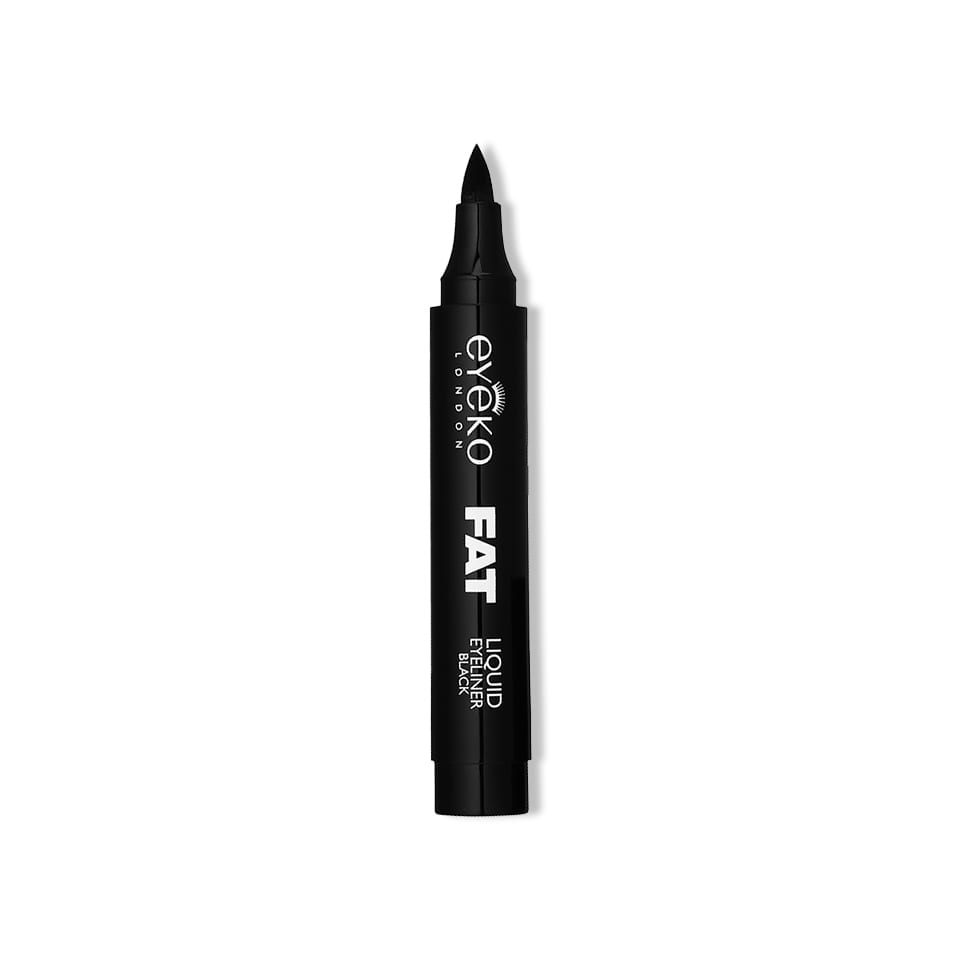 4) Line Just Above Your Socket 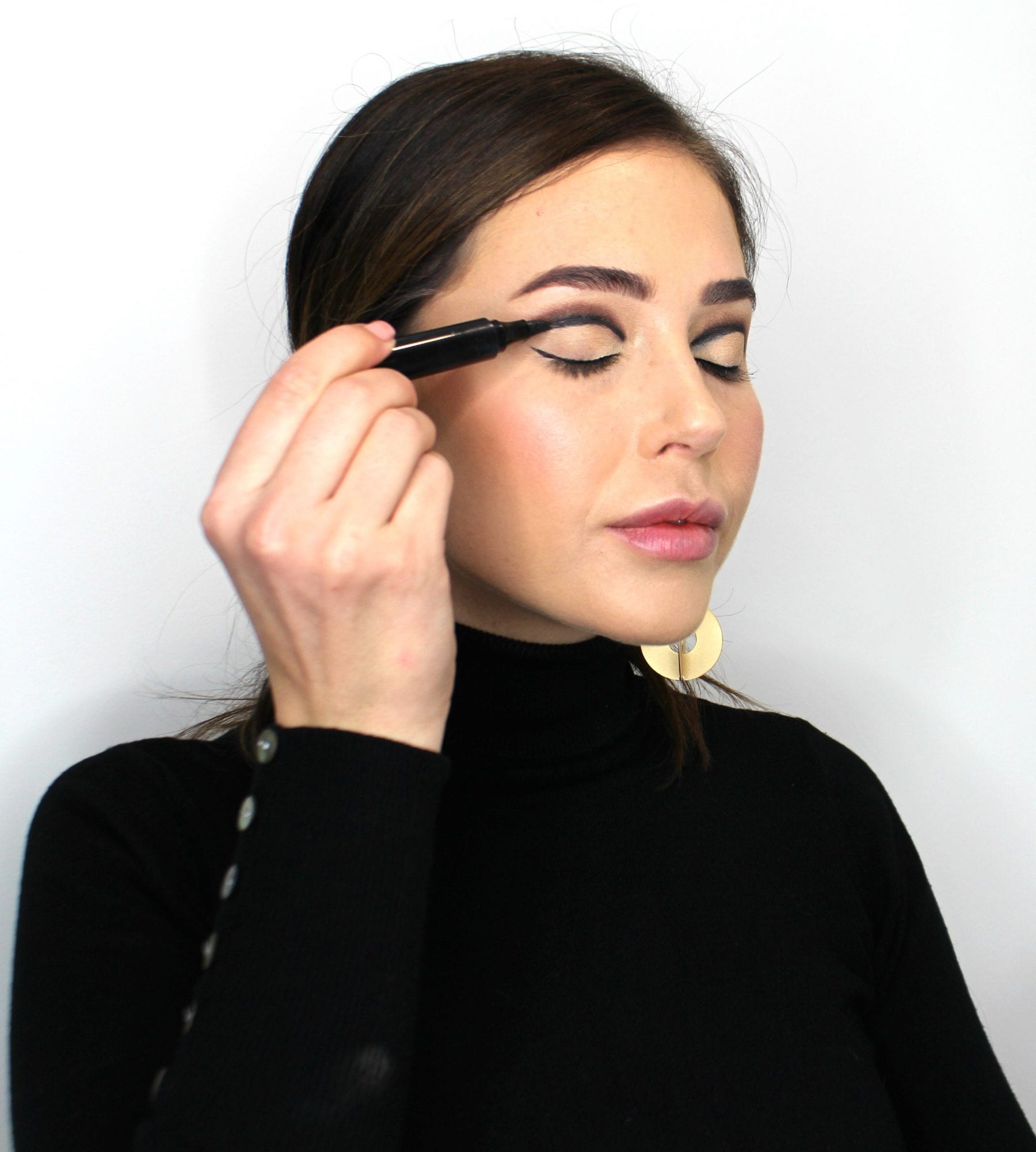 A trick for instantly bigger looking eyes, line your lower waterline with this white eyeliner. 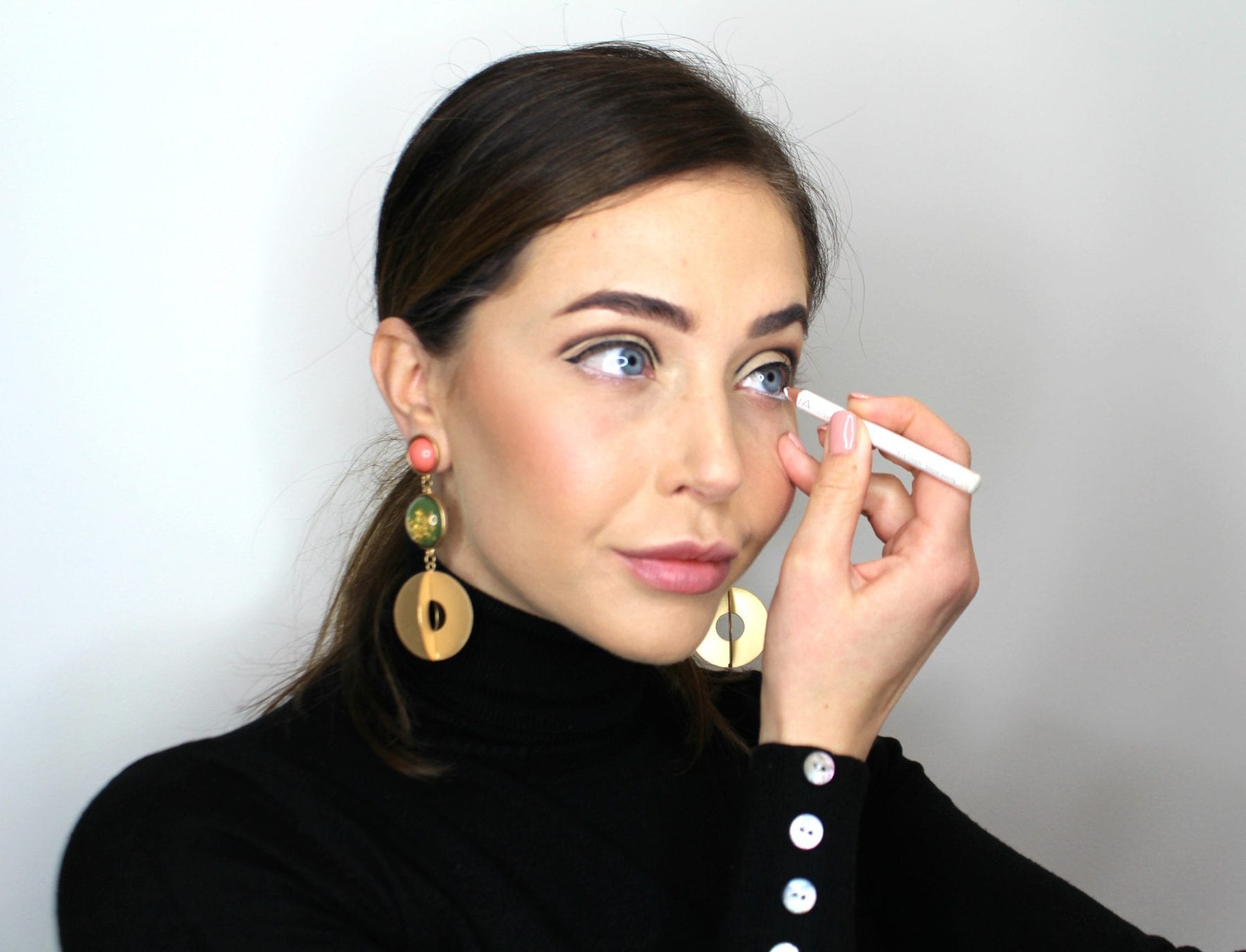 You need some seriously bold lashes for this look. We love the rose gold Tweezerman Classic Lash Curler.

Twiggy came up with the method for her amazingly dramatic eyes herself. She used 3 sets of lashes and drew her lower lashes on with black liquid liner to create her iconic look.

Lucinka used the Wing It Luxury 3D lashes from her own collection called CINK, £11.99. These are perfect for the thick Twiggy style lashes and are expertly designed by Lucinka herself following her experience in the makeup industry. Aren’t these just the most fabulous lashes you’ve ever seen? 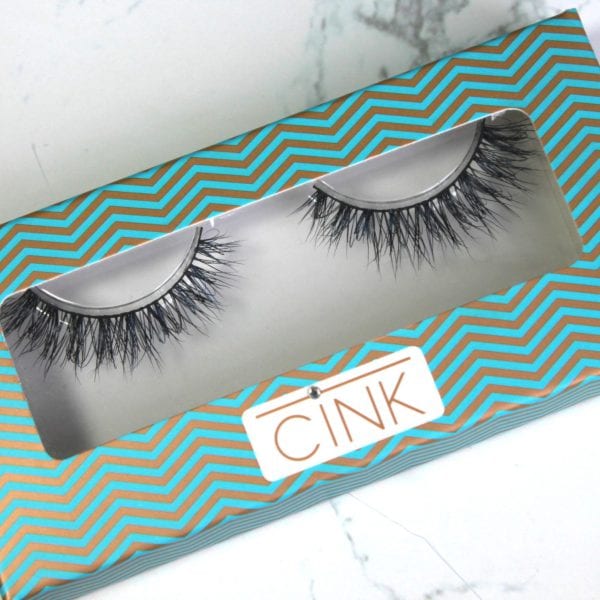 We’ve even arranged a special discount code for our Glossies – use the code Glossy30 for 30% off your lash order (valid until the end of April.) 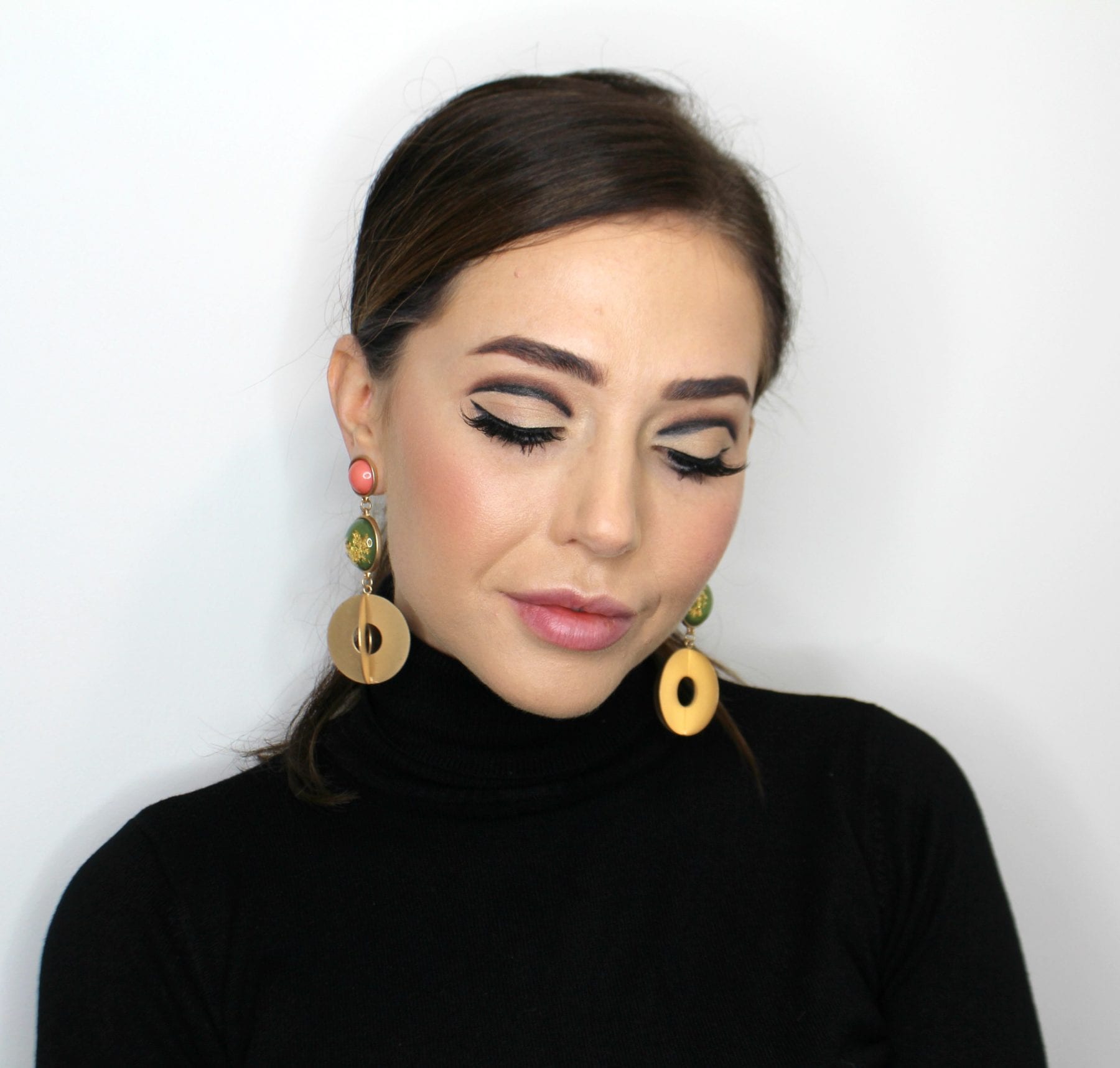 Lucinka used the Benefit BADgal Bang Mascara and really concentrated on getting to the root of the lashes. She did several layers of this to blend the falsies with her natural lashes.

Don’t forget to apply lots of mascara to your lower lashes! After this, Lucinka also drew on tiny lower lashes with the Eyeko liner by dotting it along her lower lash line.

Top tip: Use eye guards or tissue under your lower lashes so you can do several layers without smudging it over your under eye area.

Lucinka then finished the look with the Infallible Fixing Mist from L’Oréal Paris.

I love this fixing spray because it has an ultra-fine texture and an invisible finish that extends the longevity of the makeup looks on my clients amazingly. 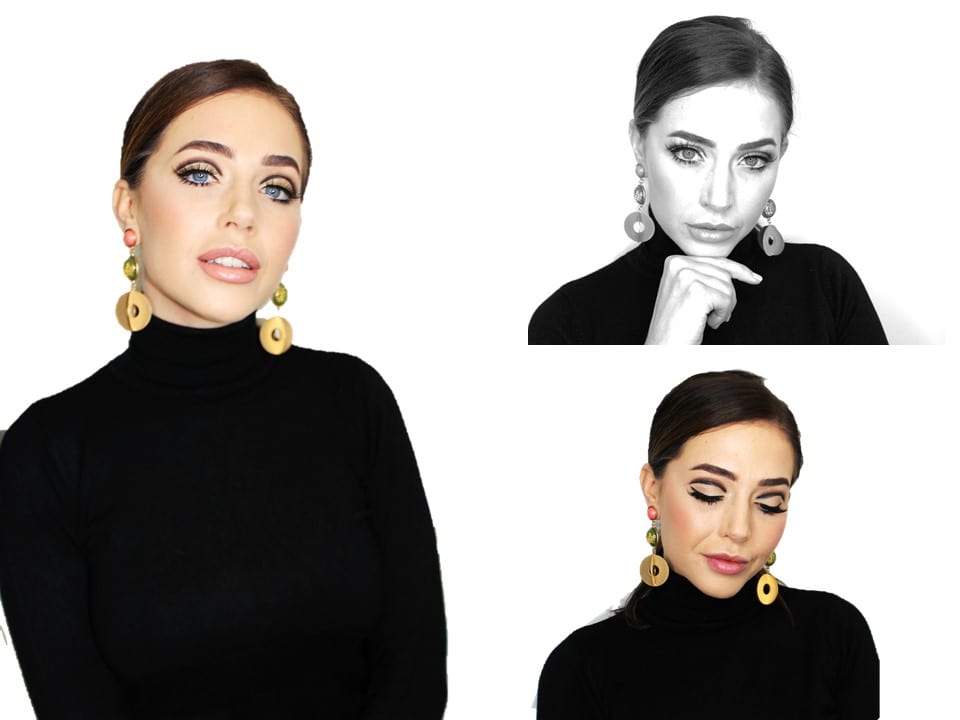 Lucinka wanted to create a look that’s dramatic but wearable. Day or night, a thick line of liquid eyeliner on the top will make your eyes really pop and take your look to the next level. Iconic looks from the past always come back around so try out this look.

Not a Glossy? What are you waiting for? Get your hands on an April box and an Eyeko Fat Liquid Eyeliner for just £10 a month!

Circular Beauty Is The Latest Eco-Friendly Trend – But What Is It?

A Lesson In Beauty Mixology

You Could Be Showering All Wrong…

BLOG EXCLUSIVE! GET YOUR FIRST GLOSSYBOX FOR £11 (INCLUDING DELIVERY) USING CODE 'GLOSSYBLOG' 💕