A juice cleanse has always appealed to me. The idea that 3 days of drinking delicious blends of fruit and veg and ending up with a glowing complexion, flatter stomach and all round health boost as a result of (what I presumed would be) very little input just sounded wonderful. So I set about doing the Plenish 3 day juice cleanse.

Don’t get me wrong, my face absolutely did beam with radiance and I felt like I’d had a health kick by the end. I also had brighter eyes and felt like any sluggishness had been totally and utterly lifted. Tick, tick, tick, all those things were great. It was the actual 3 day process I massively underestimated. 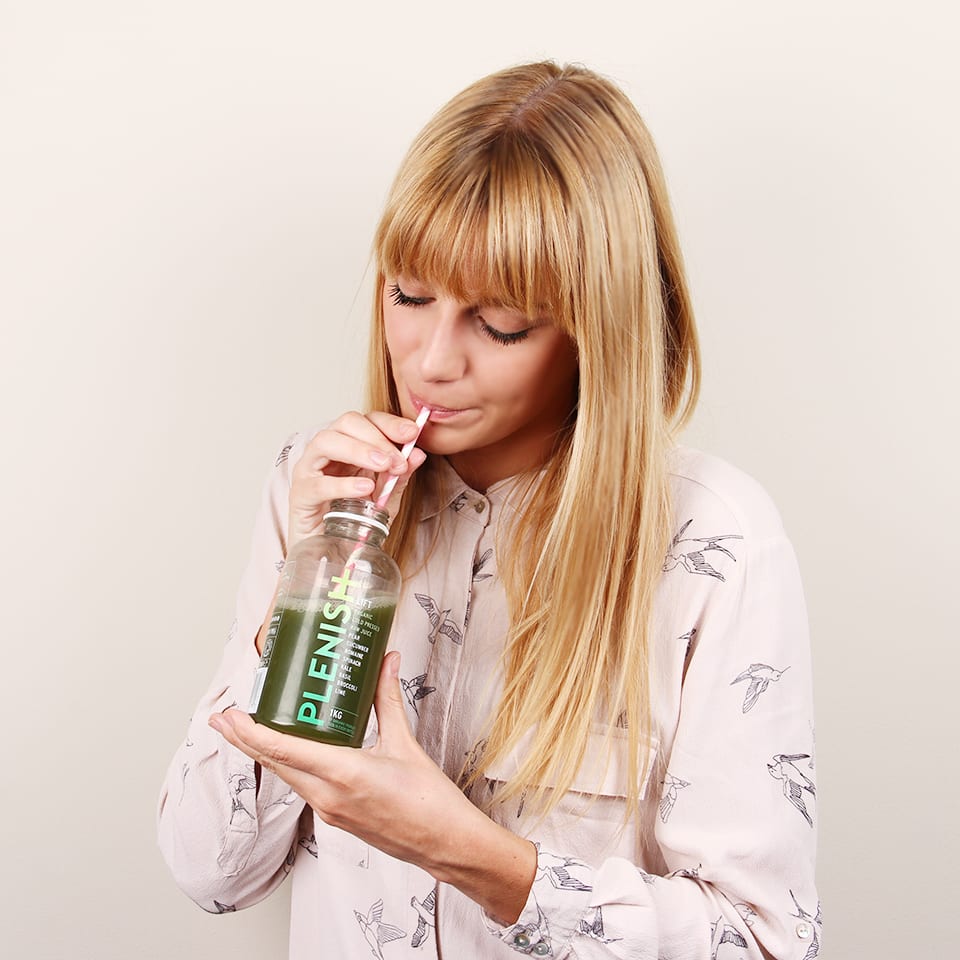 Day one seemed like a doddle. In fact, I’d go as far as to say I enjoyed day one. The juices tasted good and I felt determined. I had my head in the game and my eyes on the skin-glowing prize. When it reached 7pm, I treated myself to my last drink of the day, which was cashew milk. I slept like a baby and woke up feeling slightly empty, but otherwise ready to take on day two.

This is where it got hard. I think the key to doing a cleanse like this is totally clearing your diary – not clambering on a hot tube and doing a full day in the office before meeting your friend. Don’t get me wrong, I made it to 5pm, but I then realised I wasn’t sure if I could actually carry my body to the tube so that’s when Pom Bear gate occurred. Apparently the trick when you reach 5pm on the second day is to push yourself through, but I did not succeed in doing this and a packet of Pom Bears got the better of me (the only thing I had at hand). Partly because I missed chewing actual food, partly because I felt like my energy levels were at an all time low. I’d say I regretted it, but those little bears gave me the energy to catch my train. I may well have slept in the office without them.

By day three the thought of gulping down green juice for breakfast was far from appealing, but I was starting to feel the benefits. I woke up feeling like the energiser bunny (unlike the night before), my stomach was the flattest it’s been in a long time and my face looked like it had a spotlight shining from within. The plus on day three is that although you feel utterly incredible, the last thing you want passing your lips is something liquidated. Anything but blended food. So this means it takes a whole lot longer to drink the juices. Instead of savouring every last sip like on day one, you’re willing you mouth to accept them.

Although it may sound at times like I hated every second, I can safely say I would put myself through it all again – especially now I know what to expect so can go in mentally prepared. If you’re feeling sluggish and need a bit of a detox or if your skin is looking a tad on the lack-lustre side, Plenish cleanse is well worth the input. Just clear your diary of any activities or events first. It’s tough, but the way you feel post-cleanse is amazing.

Five top tips:
1. Don’t cave in when it hits 5pm on that second day. I may have, but I think if I’d set my mind to it I could have pushed through that moment of (actual) weakness.
2. Keep yourself distracted at all times – binging on the latest Netflix series works a treat, FYI.
3. Clear any plans you have.
4. You get really cold, so I’d recommend doing it in summer over winter.
5. Try to keep a distance from friends eating deliciously smelling food. Most painful thing.

The Story Behind The Black Fri-Yay GLOSSYBOX

Upscale Your GLOSSYBOX: A Mini Garden

The Best Makeup Brush To Highlight Like A Pro

The Story Behind Our November ‘Makeup & Magic’ GLOSSYBOX

The Best Sleeping Mask For Dry And Dull Skin By Dr. Botanicals